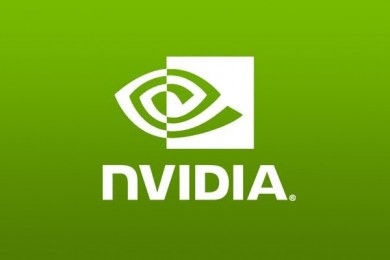 Shame on you, NVidia.

Not only did you promise that your Geforce 400 and 500 series cards would support DX12, you have also been falsely advertising these cards on your website as DirectX 12 cards the whole time!

Don’t even get me started on the nebulous term “support” regarding DX12. The 400 and 500 series “Fermi” GPUs will likely never use any DirectX 12 feature.

NVidia claims that the Kepler (600 and 700 series) and Maxwell (750 and 900 series) already “support” DirectX 12, but competitor AMD questions even the newer Maxwell cards as being “not able to perform asynchronous compute without heavy reliance on slow context switching.” That’s a complicated way of saying the NVidia hardware doesn’t support a DX12 feature. NVidia fired back saying that AMDs flagship card, the Fury X, is also missing a number of DX12 features.

Users left in the dark

Months ago, NVIDIA, AMD and Intel released new drivers for their GPUs that support Windows 10 and DirectX 12. Now, AMD is claiming that they are partnering with the majority of game developers who are bringing DirectX 12 games in 2016.

With top-tier titles like Star Wars: Battlefront and Deus Ex: Mankind Divided about to come out, Nvidia users have been left in the dark and left behind. Even worse, customers are being lied to, with visitors going to Nvidia’s own website and being told that, for example, a GTX 480 (a card that I currently use) is a DirectX 12 “supported” card.

Time to move on

Months ago, NVidia claimed the “support” would come later in the year. Well, it’s end of year now. No “support.” Not even a statement from NVidia about what has happened or when things will change. One rumor is that “early 2016” is when NVidia will add support. Even if they did- too little too late. The 400/500 series cards are already becoming obsolete, even though some are quite powerful.

For the time being, consider a new AMD graphics card.

How do I tell what version of DirectX I am running?

You can check your current graphics card’s DirectX version using DXDiag. This file is on your machine already.

Is DirectX12 worth it?

Microsoft already admitted that DX11, now 6 years old, is not good with multi-threading (CPU and GPU onlt talk 1 core at a time) and has other poorly implemented instructions. It was more feature-based than performance-based.

DirectX 12 will allow all CPU cores to talk with the GPU at the same time, eliminating major bottlenecks and increasing performance (along with new features of its own). An actual DX12-based hardware graphics card will be the best way to take advantage of the new DX12 API. If you want the best, don’t rely on your current GPU.