I found this solution out a little late, but better late than never. A while back, my mouse and keyboard suddenly stopped working after a reboot. Unbeknownst to me at the time, it was due to a bad Windows Update which had messed up the USB drivers.

After the Windows Update some months, the USB device drivers were no longer “digitally signed,” meaning that Windows won’t load them at startup. If you have a USB keyboard and USB mouse, you would not be able to do anything.

I was able to find this out by attaching to my PC an PS2 keyboard that I found in the closet. In the Device Manager., I noticed that the USB hubs had “Code 52” errors on them.

For a while, I simply tapped F8 at boot up and would select “Disable Driver Signature Enforcement.” This became a pain in the butt rather quickly, as I would always forget and have to reboot twice.

Additionally, the command prompt method of disabling driver signatures with the bcdedit command were not working out for me and I would rather not have “test mode” stuck in the corner of my screen.

Solid Tip: This solution below is for Windows 7, either 32 or 64 bit versions.

Thankfully, Microsoft has a hotfix for this issue with KB2615763-v2 and I have verified it works. You can download your version below. Simply run and restart your PC when prompted.

After restarting, your USB devices will work again and you can also see that the “Digital Signer” is now labeled as “Microsoft Windows” in your Device Manager.

If this hotfix helped you, sound off with a comment below!

Why You Should Be Suspicious About Microsoft 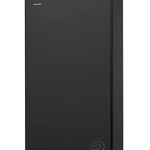