Electronic Arts just released the newest trailer for the 2010 reboot for the Medal of Honor series. The trailer, titled “Leave a Message,” overlays a soldier’s phone call home before going to war. While the message plays various troop deployments are played out. Of course, as soon as the message ends, shit hits the fan in normal Hollywood style.

Obviously, answering machines weren’t around in the 40’s. Medal of Honor will finally step out of the overdone World War 2 timeline and join the fight in the Middle East. This title is scheduled to be released on October 12, 2010 for the PlayStation 3, Xbox 360, and PC.

This gameplay looks terrific and will no doubt continue the tradition of quality expected in the series. In addition to EA Los Angeles, DICE (Battlefield series) is also working on this title for it’s multiplayer content.

Head over to their site to get wallpapers, see screenshots, and view gameplay videos. Check out the trailer now. 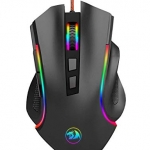